With the darker nights and fairground season in full swing, we have chosen to feature the classic all time favourite toffee apple to symbolise the month of November. 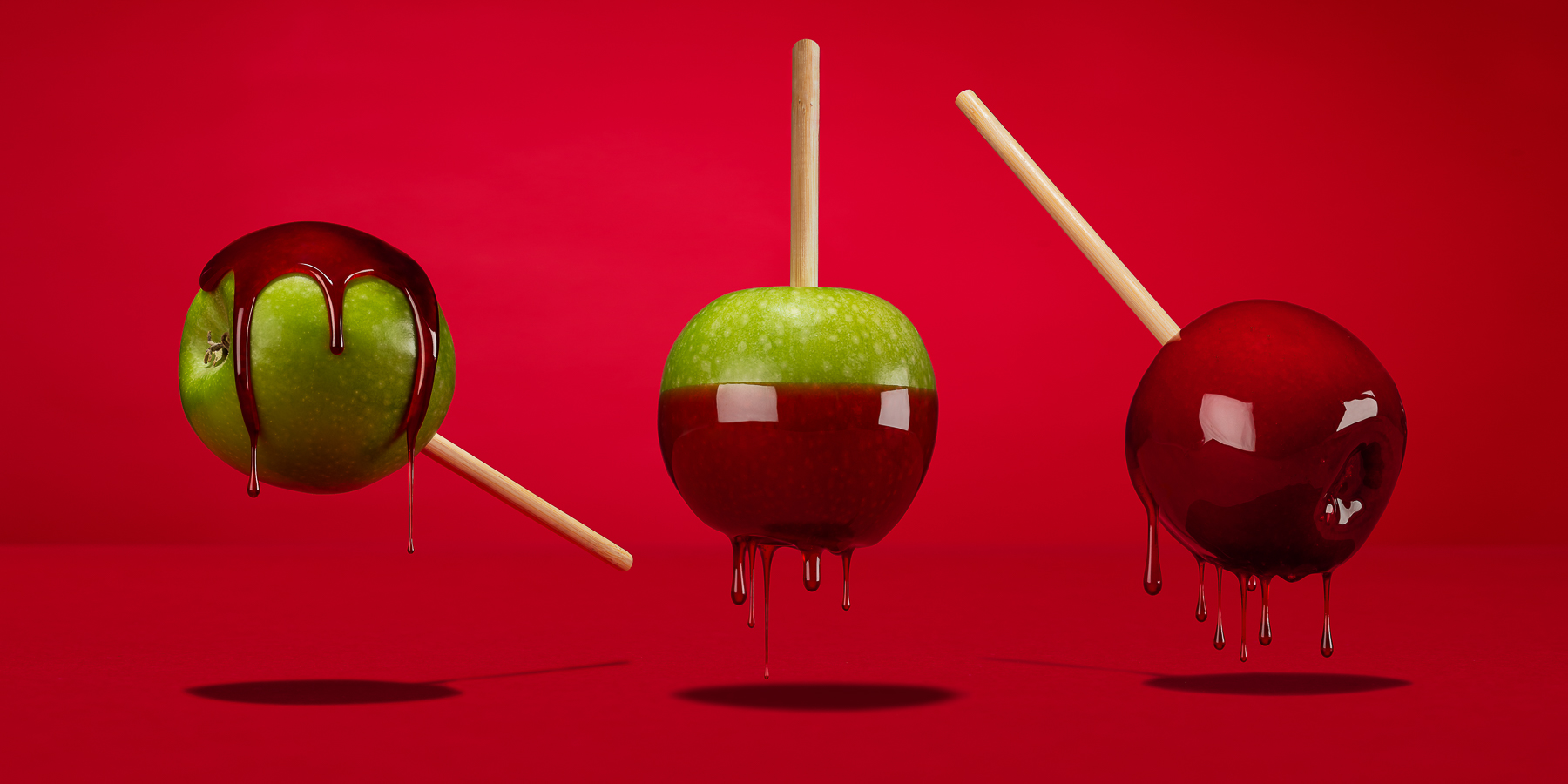 Creating a perfectly glossy, sticky, lick-your-lips syrup was key in bringing these shots to life.  We wanted to capture the liquidity and movement of the syrup and so, in this series, we have explored various actions including dipping, covering, dunking, dribbling and dripping.

Food styling is always a challenge. Creating authentic caramel toffee for toffee apples is tricky, time consuming, hot, messy and liable to burn and set off smoke alarms (making us unpopular with the landlord). As the hot liquid toffee cools and hardens, it becomes more and more difficult to work with and achieve the final results.

The challenge here then, was to find an alternative that looks and acts the same in terms of colour, thickness and fluidity, but that won’t harden and become unworkable, allowing us time to get the shots we needed. The solution was in experimenting and finding a suitable alternative stunt double. We made a lucky (and educated) guess and tried out golden syrup, which is similar in thickness and gloopiness to melted toffee, but won’t burn or set hard. This, combined with carmine red food colouring to get the traditional rich red colour of fairground toffee apples and a crisp green granny smith apple, gave us the contrast of colour we wanted and allowed us take numerous shots with different gloops and drips until we achieved the desired effect.

The rest was created in retouching by layering images, keeping the drips we liked, whilst removing the evidence of how the apple had been held in place to magically create that floating in mid air look. Ta da!